Working in the field of Education Law and Corporate Governance since 2007 Peter has acted for over one hundred Registered Training Organisations and Higher Education Providers in various stages of the education management cycle. He routinely acts for colleges in the Administrative Appeals Tribunal and provides extensive advice to RTO Management, Higher Education providers, Educational Conglomerates and Universities. His professional practice also includes providing legal and governance advice to listed and unlisted company boards. He has acted in some of the largest cases involving ASQA in the AAT.

Peter is also active in the multicultural space and acts as a volunteer director on various boards. He is the current chair of the Ethnic Communities’ Council of NSW. He also works providing pro-bono legal assistance to new and emerging communities, particularly in the establishment of associations and governance structures within NSW.

Peter was awarded Honour of Member of the Order of Australia for services to Multiculturalism on Australia Day 2020.

Here is a copy of Peter Doukas’s interview with Sukh Sandhu:

Thank you, Sukh for the opportunity to be part of the publication. I think it is exceptional that you have maintained the publication throughout the COVID period and it is in my view has never been a more critical time in the history of VET to properly liaise with the sector in all its shapes and sizes and the publication does this.

What are the top five genuine reasons for a regulatory body to take strict action against a training provider?

This is an interesting question. The word ‘genuine’ is something that has troubled representatives in the profession and around the sector for the last 10 years. What constitutes a genuine problem or a genuine reason for a regulatory body (any regulatory body) to take strict action against the Training Provider. The unique example of VET is one which we should bear in mind moving forward as it is the current question before us. In my view, strict action including sanctions should be the last resort. By sanction I mean the sanction of either cancellation, suspension or any other form of sanction which directly affects the ability of the organisation to trade. In my view, there are a number of items where such strict action should be taken. These include but are not limited to:

When should RTO representatives seek the advice of a legal professional?

The question of when a RTO representative should engage a legal professional has plagued me for some time. I have too often been brought into cases that have been run or attempted to be run by Providers without the involvement of a lawyer. This ends up costing Providers exponentially more and in some cases the problems are too large to fix before a sanction either takes effect or can possibly be unwound. In my view is prudent for an RTO to permanently retain (this does not need to be on a financial basis) a lawyer or law firm for the sole purpose of providing legal advice. If you have a lawyer ‘on the books’ it would make the function of dealing with sanctions or any inquiries from the regulator more easy. We must remember, the VET Sector is a highly regulated environment and a VET Provider particularly a CRICOS Provider operates in the framework of multiple interlocking contracts, agreements and regulatory requirements. The idea that RTOs could go along without having legal advice outside of leasing and other contracts on an Ad-hoc basis is not realistic. For larger Providers I strongly recommend the establishment of a Board of Directors of which a retained lawyer and compliance expert sit as advisors to this Board (not necessarily Directors) but provide routine advice on compliance and on structures of the business of VET delivery.

This question is an extension to the previous question, in what ways can a legal practitioner, such as yourself, assist an RTO who is experiencing a legal problem with the regulatory body?

To answer the question about how a lawyer can address the problem facing a regulatory body or facing a registered training organisation is not as appropriate in my view as to when to involve that person. We in this Sector operate in a very unique regulatory framework. ASQA as a regulator has to face Providers which for the most part try to do the right thing but often find themselves on the wrong side of regulation or audits. I have seen on many occasions legal practitioners in some cases from very large firms find themselves completely out of their depth with regards to the implementation of the NVR Act and audit reports as part of regulatory functions. I have noticed the impact of regulatory decisions that have been taken by the regulator not being properly addressed either due to fellow practitioners not fully understanding the way the NVR Act works nor the way that AAT matters should be run. AAT litigation in the RTO space is unique and is very rarely dealt with by legal practitioners operating outside of the RTO space. There are a number of lawyers in Australia who have experience in these matters and I would encourage RTO owners to seek out lawyers who actually have acted in the AAT and ideally brought a matter to final hearing. It is not enough to simply ask a lawyer when shopping around ‘have you taken an RTO to the AAT?’. The real questions that need to be asked is whether:

As you would have noticed, there was a time when RTOs were being cancelled left, right, and centre for trivial reasons that had no or little influence on students. Do you still witness the same pattern, or have the processes been improved?

I think the Regulator’s processes have improved dramatically in the last 18 months. In my view, the Regulator has made a genuine attempt to engage with the Sector and have as an outcome a collaborative and collegiate system of compliance and regulation. Also, it must be said that there were quite a few more RTOs at the beginning of 2018 than there are today. This can partly be due to the cancellation of many in between 2018 and 2019 and also of course a result of the impacts of COVID-19. In 2018 and for most of 2019 I remember running at least one stay hearing each week. This was a time when RTOs were being shut or sanctioned as a result of audit reports that didn’t really hit the mark. There are a number of factors I believe that have changed this. Some of which include some significant wins for RTOs and in final hearing before the AAT,other factors involve the change in perspective from ASQA to a more collaborative model of compliance. I think it can be said generally that the RTO space we are going into in 2022 is fundamentally different from the RTO space that we had in 2019. I am excited at how the Sector will look because I think that we now have a Regulator who can see the value of a competitive, compliant but confident VET Sector that isn’t always looking over its shoulder.

What are the primary reasons for the departure of so many people from the vocational education and training industry?

The departure of people from the Vocational Industry I believe will be reflected as one of the most dramatic and problematic events in Australian commercial history. I have a colleague who is looking to conduct a PhD in Vocational Education and is unable to find a supervisor. It is the case that people have left the VET Sector and found opportunities elsewhere for many reasons, but central is the lack of focus that has been placed at the sector at a policy level. RTO owners shutting or selling their RTO’s tell me that they have lost faith or lost confidence in the Sector. I have worked tirelessly to try to convince people to remain within the Sector and either keep their colleges open or at least keep themselves in the space in some way. I believe that we are about to embark on a significant period of growth in VET and we need as many experienced operators as possible. This is due in part to the combination of a skills shortage in Australia and the gradual opening of our borders to international students.

Any legal advice you’d want to share with people who are interested in entering into the RTO industry or who are currently operating in the industry would be greatly appreciated.

My view is that VET is about to take off. Unfortunately, I am looking to the government to support the Sector and support the entrance of people into the Sector. When I say government, I do not mean the Regulator but education policymakers in Canberra. We need to remember that international education is either our second or third largest export market depending on the context. Could you imagine what would occur if mining in Australia had experienced the nearly 30 per cent decline in people working in the Industry? This is VET since 2019. I believe government should look both into the push and pull factors affecting how people engage with the Sector. They have certainly addressed the push factors by the reforms of the Regulator and I think that now finally ASQA has the framework of a forward-thinking and flexible Regulator in a competitive international market which can finally be compared to Regulators in other Anglosphere jurisdictions such as Canada, New Zealand or the United Kingdom.

As to the pull factors, I believe that we really need to focus on trainers and RTO owners. These are the people who dedicate huge chunks of their life to the training of VET Students and it is these people who need our support and credit in what I hope will be a re-emergence of our VET Sector.

For those who wish to connect with or follow Peter Doukas, you can do so via his Linkedin, here – www.linkedin.com/in/peter-doukas/ 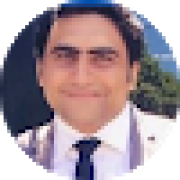 Interview with David Jepsen, Founder and Principal of RTO Accountants